Tommy Ackerman is a middle-aged father who loves his wife, his kids and his job. Especially his job.

As his wife sees it, he's either at work, on the golf course, or on his cell phone.

"We barely get to see you," she says.

But she has a plan to get him away from work and with the family: a vacation at Camp Katokwah, a scenic retreat by a lake. And with their church sponsoring an upcoming trip, the trek will have a spiritual element, too.

Unfortunately, though, the trip doesn't go as planned. First off, they're forced to double up with another family. If that wasn't bad enough, their accommodations – a yurt – leave a lot to be deserved. And that other family? They're awkward. And loud. And annoying.

"My choice would have been Maui," Ackerman says.

Can the Ackermans find the peace and quiet they need to bond?

The new faith-based film Family Camp (PG) tells the story of Tommy Ackerman, his wife Grace Ackerman, and their yurt neighbors, the Sanders.

Here are four things you should know: 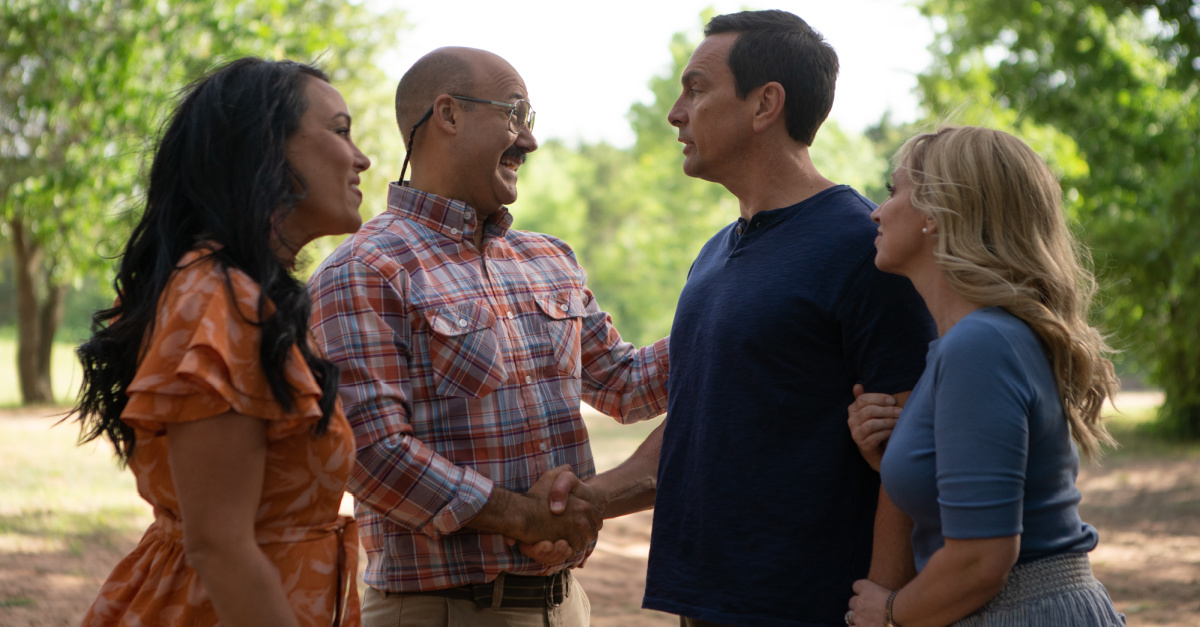 1. It Features the Skit Guys

If you grew up in an evangelical church, you have likely seen the work of the Skit Guys, a comedy duo featuring two life-long friends, Tommy Woodard and Eddie James. They perform at conferences, churches and camps. They also produce short (but excellent) videos for use in churches – some inspirational, some humorous. (Most of the videos don't even show the duo on camera.)

The duo's career began by performing skits for their youth group. They were so impressive that other churches invited them to perform.

"For over 30 years in our ministry, we've lived out the simple truth that laughter is good medicine," Woodard said. 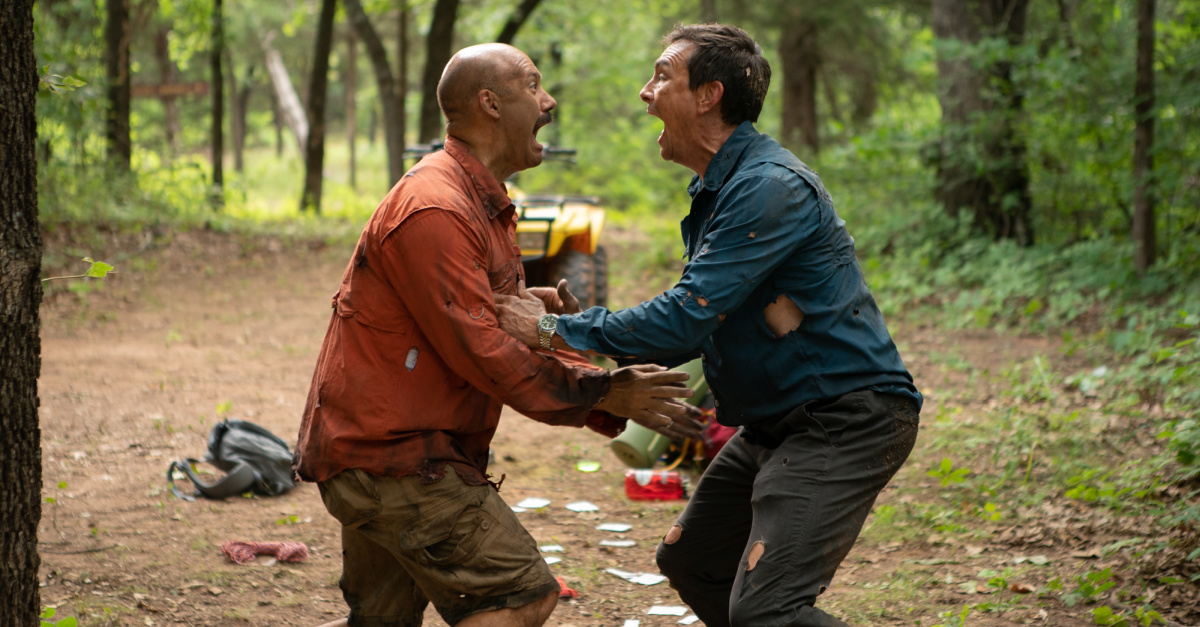 2. It's a Rare Breed: a Faith-Based Comedy

Faith-based dramas have been prevalent for the past two decades (I Can Only Imagine and War Room, among them). Faith-based documentaries are, too (The Jesus Music is one of the bests ever).

But faith-based comedies? They're nearly as rare as faith-based musicals (2021's A Week Away leads that tiny bunch).

Much of the humor involves situational comedy, playing off the awkward arrangement of the two families forced to camp together in a yurt. (A curtain is placed down the middle of the yurt for privacy.) Eddie is outgoing but socially awkward. Tommy is straight-laced and businesslike. The wives are opposites. The kids are, too.

Slapstick comedy is prominent. The arrangement gets off to a bad start when Eddie, a chiropractor, immediately gives Tommy an unwelcome back massage. From there, Eddie: 1) saves Tommy from choking on a piece of meat, 2) gets the two men lost in the woods, 3) nearly drowns his friend in frustration – although Eddie started the "fight," and 4) gets the two men kidnapped by a pair of redneck hunters. (A beaver – yes, a beaver – saves him.) Somewhere in there, they also get into a squabble over a harmonica.

The comedy stays clean. My 10-year-old son laughed and laughed while watching it. I did, too. 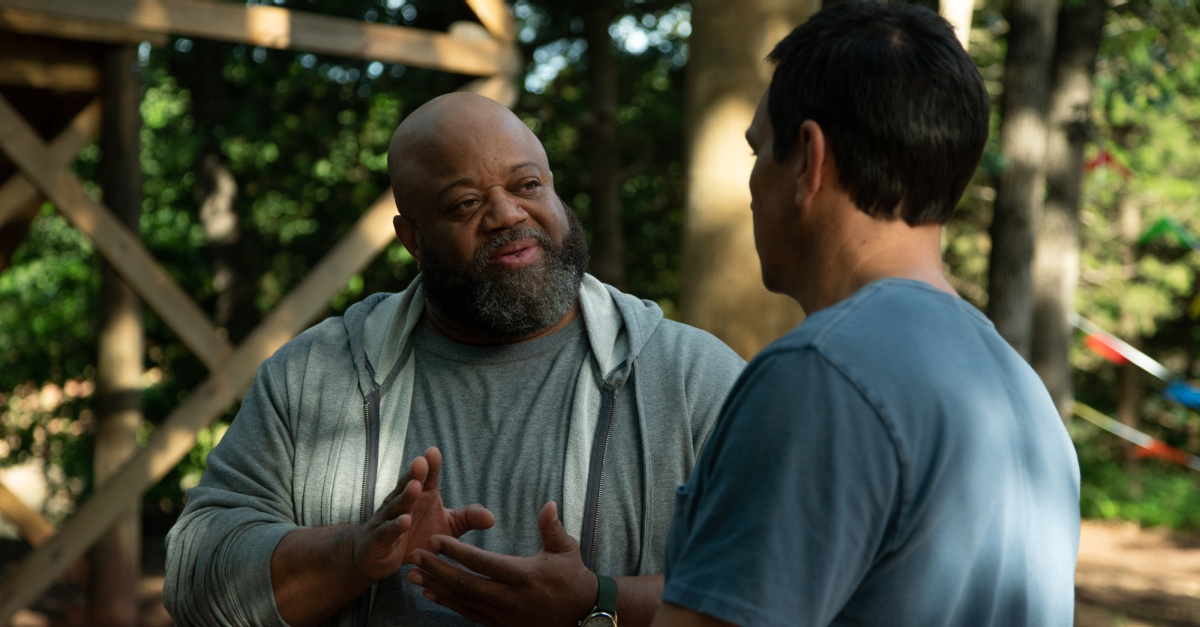 Family Camp is a movie with a solid message – several of them, actually.

It displays unconditional love between moms and dads, parents and children, while reminding us that no family is perfect. (We see the Ackermans and the Sanders bicker several times, yet they always make up.)

It urges Christians to practice what they preach not only in public but at home when no one else is looking. (Eddie, as we learn, isn't a cheerful person when he's only around his wife and kids.)

It encourages parents to prioritize faith and family and to reconsider their workaholic tendencies. (Tommy arrives at camp with business on his mind and a cell phone in hand.)

Family Camp has several other good lessons. It promotes forgiveness and reconciliation. It endorses purity in dating relationships (Tommy's daughter pushes a boy into a stream when he tries to kiss her.) It even shows us the dangers of making your family an idol. 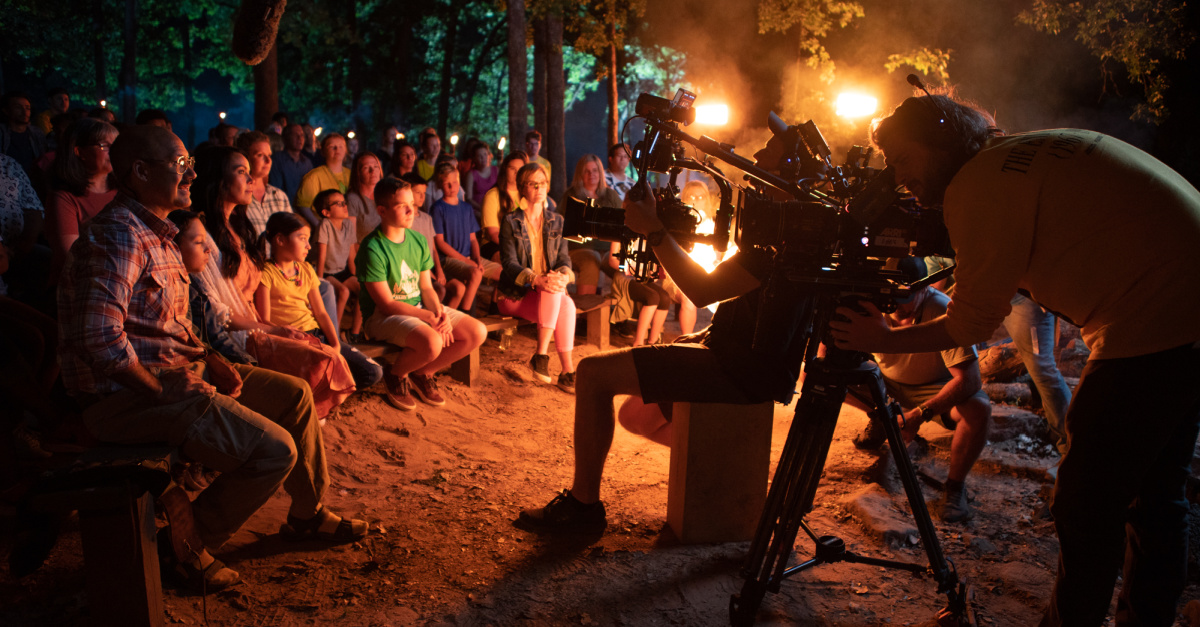 4. It's for the Whole Family

Family Camp is rated PG for "action and thematic elements," but – honestly – it could be rated G. It contains no coarse language. It contains no sexuality. The violence remains in the super-silly Three Stooges realm.

"We are committed to making faith-based comedies that you don't have to worry about what's being said or done," James said.

With Family Camp, he added, "there's no bait and switch."

The film has a lot of big companies and well-known names behind it. Like Roadside Attractions (Manchester by the Sea). And Provident Films (Blue Miracle, War Room). And K-LOVE Films (The Jesus Music, The Case for Heaven). It also stars Leigh-Allyn Baker (Will & Grace) and Robert Amaya (Courageous, Moms' Night Out). Rhett Walker even performs.

Family Camp is a movie you can watch with your whole family. Not many live-action comedies can say that.

Family-friendly rating: 5 out of 5 stars.

This content first appeared on Crosswalk.com and is used here with permission. To view the original visit: https://www.crosswalk.com/culture/features/things-you-should-know-about-family-camp-the-faith-based-comedy-starring-the-skit-guys.html