Rick Stanton is a rugged-yet-restrained British man who is considered one of the world’s best cave divers.

He bravely dives into caves that others say are too dangerous. As a rescue diver, he’s also saved a few lives along the way, too.

But even Rick is having trouble finding a solution to his latest mission. Twelve members of a boys’ soccer team and their 20-something coach have become trapped by water inside a flooded Thai cave complex, roughly a mile from the entrance.

Because of the deep water, they can’t walk out. Worse: Most of the boys can’t swim – and none of them have any diving experience.

They’ve been stuck in the cave for 10 days.

“The boys are never coming out. Never,” a despondent Rick tells a group of fellow rescuers.

But then Rick has an idea. The boys will be given anesthesia. After they’re asleep, they’ll be fitted with a mask, mouthpiece and oxygen tank. And then – in theory – they can be guided through the flooded waters to safety – much like a priceless package.

The new film Thirteen Lives (PG-13) on Amazon Prime Video tells the amazing story of Rick and his friend and fellow British diver John Volanthen as they team up with an international coalition to try and rescue the boys and their coach.

Here are four things you should know about the movie: 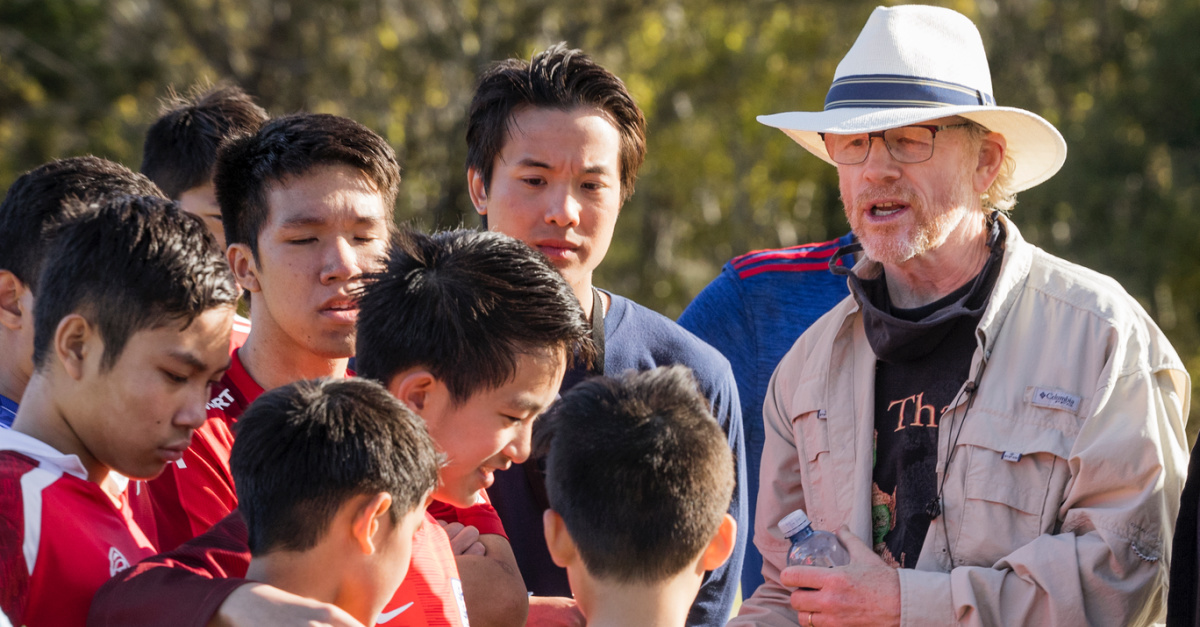 Thirteen Lives is directed by Ron Howard and tells the incredible true story of the 2018 Thailand cave rescue that grabbed international headlines. The boys had just finished soccer practice on a sunny day when they rode their bicycles to Tham Luang Nang Non cave in Chiang Rai Province for a quick afternoon hike. But once they were in the cave, it began pouring. Within minutes, they were trapped. Rescue workers searched the cave for them that night but found no one. For days, the boys were presumed dead.

They went missing on June 23, 2018. Divers didn’t find them until July 2 – 10 days later. But even then, it took another eight days to rescue all of them to safety. In the interim, they were brought food and batteries (for their flashlights). They also received medical care.

Howard said he wrote the phrase “anatomy of a miracle” on his copy of the script.

“As simple and kind of corny as that sounds, that’s what I was always trying to build in the most granular, detailed way,” Howard said. 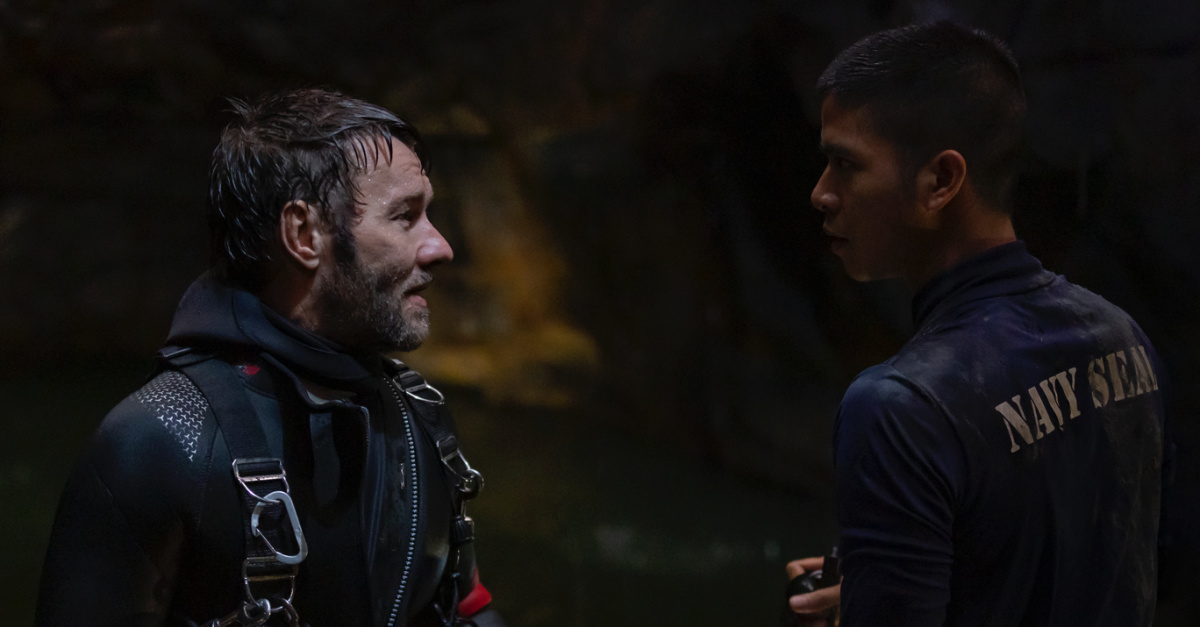 2. It's a Celebration of Cooperation and Ingenuity

Without an international coalition, the boys likely would have perished. Thirteen Lives reveals the details behind this effort. More than 5,000 people from 17 countries – including the United States, China, Australia, Germany and Great Britain – contributed to the effort. (The Thai government requested international help.)

Even so, it required Thai citizens to set aside their differences and work together, too. At the beginning of the film, we witness friction between the provincial governor and a military captain – each of whom believes he is in charge of the rescue. (The military, we learn, doesn’t like to take orders from civilians.)

More significantly, the rescue operation required the cooperation of the local farmers, whose fields needed to be flooded in order to divert water off the adjacent mountain and away from the caves. They agreed to do so “for the boys.” (In real life, the farmers were compensated for their financial sacrifice.)

Much like the Olympic Games, Thirteen Lives celebrates what can happen when people come together for the common good. Selflessness and sacrifice are the heartbeat of the film.

The film also celebrates ingenuity. Perhaps it was illegal to give anesthesia to boys who weren’t facing a medical procedure. But for the greater good, the experts on the ground cut the red tape. 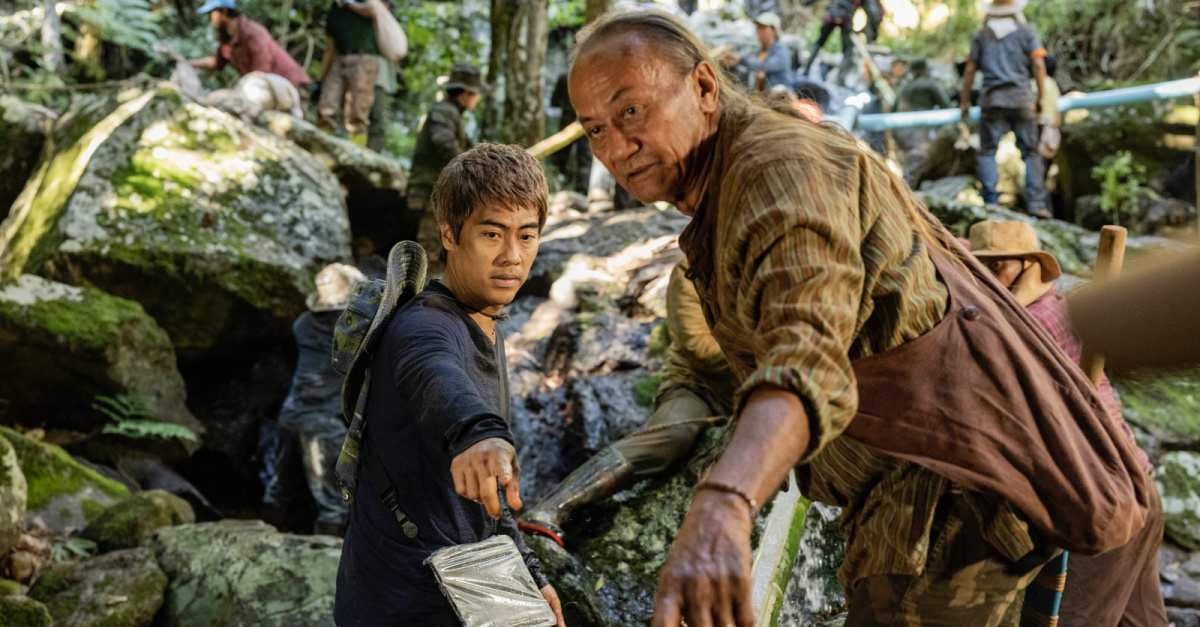 From the get-go, Thirteen Lives immerses you into the Thai culture. We see the green mountainous landscapes (including a monkey here and there). We listen to the boys talk as they joyfully ride toward the caves, communicating in their native language (the movie uses subtitles when they talk). We also see the people of the region practice Buddhism, praying often and asking the spirits for forgiveness. (Christian families can examine the sharp contrast between the grace and mercy of Jesus and the fear and uncertainty of the Buddhist leaders who believe the accident may have happened because they offended the spirits. We hear one man pray “to the Guardian Spirit of the forest to apologize for the 13 boys if they have offended you intentionally or unintentionally.”)

Most of all, Thirteen Lives recreates the stress and danger of the underwater rescue, placing you alongside the divers as they navigate a pitch-dark cave with battery-powered lights and limited oxygen. A thin red rope leads from one end of the cave to the other, serving as their lifeline “map.” One wrong move could spell doom. (One diver does, indeed, die.)

Even though you’re sitting on your couch, you briefly have a fear of drowning.

Thirteen Lives has only a few bumps in the road for families, including brief strong language (details below). 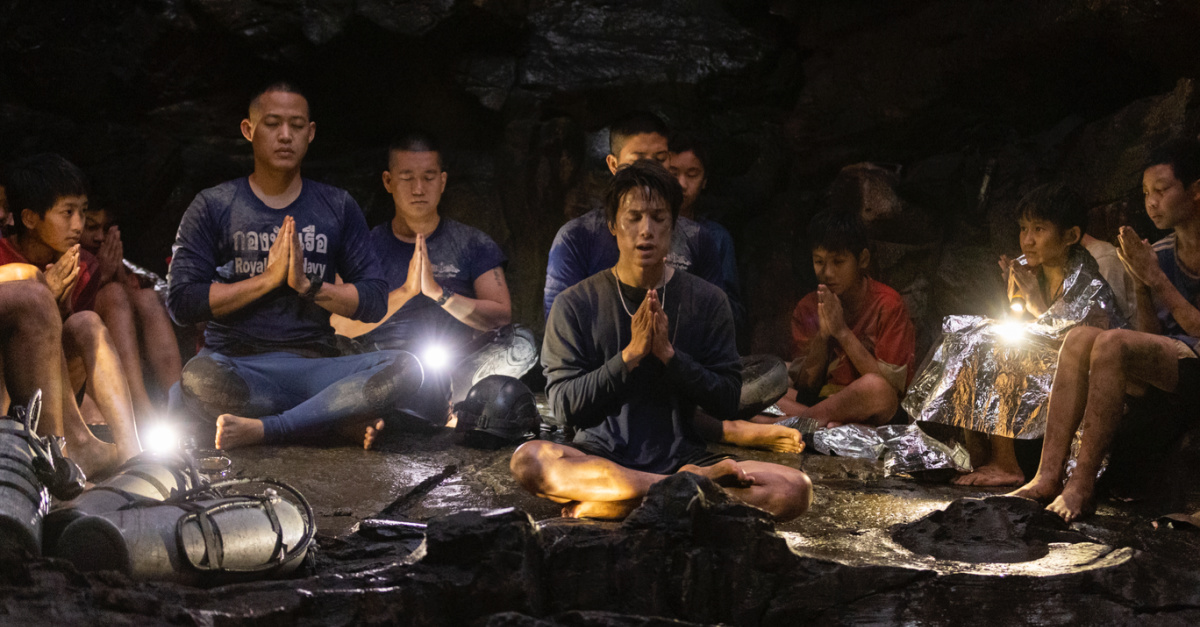 4. It’s the Summer’s Most Inspiring Movie

Thirteen Lives is the movie you watch when you want to forget about the bickering in politics and the arguments on cable television. We can enjoy the tension in Thirteen Lives because we know how it will end.

The rescue was – as one of the divers later said – “brilliant.” The boys were regularly given a shot of anesthesia to keep them asleep. (In the film, one of them briefly wakes up underwater, in a panic, only to fall back asleep after being jabbed.) Their hands were tied together, and then their feet likewise, so their body would easily fit through the cave narrows. For each boy, the procedure lasted six to eight hours.

The rescuers walked out of the cave as humble heroes, cheered by the awaiting families. Howard said the film “hopefully does remind us of what is possible when we come together, unify and work.”

It is the summer’s most inspiring film.

Entertainment rating: 5 out of 5 stars.

This content first appeared on Crosswalk.com and is used here with permission. To view the original visit: https://www.crosswalk.com/culture/features/things-you-should-know-about-thirteen-lives-the-film-about-the-thailand-cave-rescue.html