For years, I longed to name my baby boy Elvis. The trend began when I was nine, which explains most of this illogical idea. I had found a few black-and-white photos of my grandfather from the early 50s and thought his sleek black hair and big eyes looked like Elvis’. Thus, it only made sense that I name my child after the rock-and-roll legend and my grandfather, his unofficial legendary twin.

Fast forward two decades – outside of my younger sister – I am the youngest person in the crowded theater to watch Elvis. Though this script features a glamorous aesthetic from the Baby Boomer era, it presents the crushing weight fame places on the soul, packing the movie with timeless lessons for countless generations to glean.

The biggest lesson for me? Well, your roots won’t save you. Although it might be home, an unmatchable retreat on earth, Graceland can’t shield you from external realities. Though romantic and picturesque, love won’t whisk you away from heartless people. Though promising financial gain and social prestige, career success leaves little time to mend an unhealed soul.

The film’s start stars a young Elvis who has a passion for music and a mission to ensure his family never returns to a life stricken with poverty. Those were his roots, his purpose, what lit his fire, and what led him to become a music and cultural icon. As the film progresses, viewers discover the consistent manipulation tactics Elvis’ promoter sneakily wove into the singer’s day-to-day schedule. Meanwhile, political activists used his upbringing in Memphis, a primarily African American city, to twist and turn segregation narratives however they pleased.

We see Elvis unravel as his fame explodes in ways the world had never seen. Frankly, it doesn’t seem that Elvis becomes a Hollywood hottie who is overly engrossed with himself, but rather, the more others use him, the more he is pulled from his only passions: making music and providing for his family.

Such original missions are noble, but fame rarely allows heartfelt goals an easy path. Instead, they pave the heart and mind with prideful indulgences, false promises of endless satisfaction, and the notion that life will be carefree for all if only you follow x, y, and z.

Elvis realizes he is caught in this trap, and he longs to return to his roots. He bucks the system, turning down money for music he didn’t like and rebelling against political leaders’ repulsive commands. He has support from family and band members, and he has a loving wife and a beautiful baby girl. His roots come on the road with him, traveling all over the country and reminding him of who he is. Yet, who he is, even with the love and support that earned his start, leaves him unsatisfied. Self-worth is now out of reach, even for Elvis Presley, the King of Rock and Roll.

“Lost.” That’s how Elvis describes himself in the film, amid fame’s destruction and the encouragement from those who cared for him. Elvis truly had the best of both worlds, apart from a devious promoter, but that wouldn’t save him from eventual drug addiction, promiscuity, and lost love for why music originally tugged at his heartstrings.

What struck my soul while sitting in the theater – and what gnaws at my heart even now – is the idea that our passions, our pursuits, our goals, even honorable endeavors like Evlis’, crumble into ruins aside from their Creator.

The healthy family unit, the beauty of music, the adventure of exploring the world, the joy of gathering around the radio, the fight against injustice – God is the great Gardener of such blooms, and if we fail to recognize that He is, indeed, our soul root for all good things, we will never be grounded, our purpose’s petals trampled by self and sin.

Nobilities, aside from their one undeniable purpose woven into time by God, fall into the hands of man, and as time continues to tell, man has a cynical, diabolical way of turning ash from beauty.

We were made to be creatures who longed for beauty, who hunted down literature, art, music, and even foods that cause our senses to burst with the notion that there is something outside of us, possibly Someone bigger and better, who takes the ordinary and transforms it into the glorious, the wanderlust, into passion and fervor. But when we detach ourselves from the Creator, beauty’s purpose dwindles to nothing more than selfish tactics man has mastered too well.

Such is Elvis’ demise. The light and laughter inside the walls of Graceland faded. His Romeo status landed a beautiful, supportive Juliet who, later, couldn’t stand by and watch her Romeo destroy their daughter’s perception of health and well-being. Career success was the pathway for villains to manipulate his financial gain and social status, eventually leading to Evlis’ fatal decline in physical, mental, and spiritual health.

Though somber, this film’s underlying theme offers hope, offers a way out of Elvis’ sad end. We, too, can pursue singing, composing, and dancing. We can chase writing, painting, and cooking to fill our hearts and provide our families with support, but to ensure these beauties hold timeless weight, we must see them and treat them as creations orchestrated by the classic Creator Himself.

It’s been a few decades since I was nine, yearning to name my little boy after Elvis/my grandfather. Now, my husband and I have settled on a new name. If we have a little boy, we want to name him John-Harlon: John after his grandfather, and Harlon after my Elvis-look-alike grandfather. It’s safe to say I’m slightly more rational with baby names these days, but I pray we all chase down our God-given passions with childlike pursuit, so long as we allow the Maker to make the way for dreams to become God-glorifying realities.

4 Things You Should Know about Elvis, the New Movie about the King of Rock and Roll 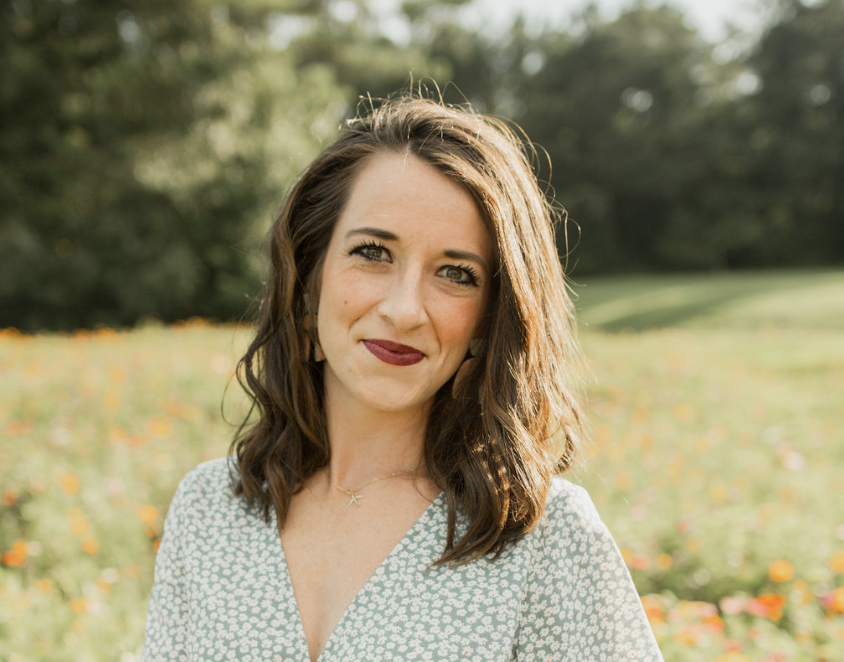 Peyton Garland is an author and coffee shop hopper who loves showcasing God's beauty from ash. Check out her latest book, Tired, Hungry, & Kinda Faithful, Where Exhaustion and Exile Meet God, to discover how your cup can overflow—even in dry seasons. Meanwhile, follow her on Instagram @peytonmgarland for more insight into her writing and the terrors of raising gremlin dogs.

This content first appeared on Crosswalk.com and is used here with permission. To view the original visit: https://www.crosswalk.com/culture/features/when-your-roots-wont-ground-you-the-biggest-takeaway-from-elvis.html