Science and the Bible

“I have made the earth, and created man on it. I—My hands—stretched out the heavens, and all their host I have commanded” (Isaiah 45:12 NKJV).

Some people believe that science and the Bible contradict each other, but that is not necessarily true. Over the years, people have scoffed at the Bible, claiming it wasn’t scientific. They’ve said that people who believe the Bible are fools.

However, it was the Bible that told us the Earth is round, not flat, which many of the experts believed at one stage in human history. Isaiah 40:22 says, “It is He who sits above the circle of the earth, and its inhabitants are like grasshoppers, who stretches out the heavens like a curtain, and spreads them out like a tent to dwell in.” (NKJV).

The Bible also told us the stars in the sky were innumerable (see Hebrews 11:12) when astronomers said that was ridiculous. They claimed they could count the stars. Yet as they acquired more powerful telescopes, they had to keep adding to their numbers.

The Bible tells us that God stretched out the heavens into a limitless expanse, which we can never measure, and He filled it with stars as numerous as sands on the seashore. And modern science confirms this is true.

In many ways, the Bible has been ahead of science. However, the Bible is not a scientific textbook. The objective of Scripture is not to tell us how the heavens go but how to go to Heaven and how to know God.

I believe the Bible is the Word of God and that it’s true because science confirms it. 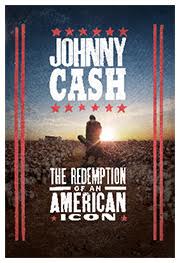 SPECIAL OFFER: Johnny Cash: The Redemption of an American Icon

Exclusive event! Only in theaters December 5, 6, and 7.  Help reach over 150,000 people with the gospel at this unique event!

When you make a gift of $30 or more in the month of November, you can request a Fandango Movie Ticket (up to $15 value) to the screening of this documentary in thanks for your generous support.

This content first appeared on Crosswalk.com and is used here with permission. To view the original visit: https://www.crosswalk.com/devotionals/harvestdaily/greg-laurie-devotion-july-29-2022.html