“The God of all grace, who called you to his eternal glory in Christ, will himself restore, establish, strengthen, and support you after you have suffered a little while.” 1 Peter 5:10

“Ohhhhnoooooooo” he exclaimed as he realized the butterfly we had made out of Play-doh had a broken wing. My sensitive and creative three-year-old son watched in horror as he picked up the broken-winged figure. He was completely heartbroken at the thought of something so beautiful being broken. At such a young age he already recognized wholeness and that it was something for which to strive. Instinctually I replied “Oh honey, it’s ok. Sometimes you may have a broken wing, but you can still fly.” The words danced off my tongue effortlessly and with no thought. I paused internally as I repeated them to myself. Then again. “Sometimes I may have a broken wing, but I can still fly."

As I continued to sit with my son, rolling out the dough and making different shapes for him, I began to dig deeper into that sentence. I wondered if I was wrong. Did I give him the wrong answer? I was unsure. Later that evening, after he went to bed, I couldn’t stop thinking about the visual of a butterfly with a broken wing and I wondered if it could fly. I sought the best place I knew to find the answer, Google, of course. I was shocked at my late-night findings.

Butterflies can fly with a broken wing, but only if the unbroken wing is broken to match. Cutting the unbroken wing to match the damage done to the broken wing will allow the butterfly to fly again. Ok…I may be experiencing a serious sleep deficit, but this is a super heavy thought pathway that I began to meander.

A butterfly can’t fly with a broken wing unless the unbroken wing is cut in a pattern of brokenness that mirrors the broken wing.

1 Peter 5:10 says that our King will HIMSELF restore, establish, strengthen and support us, after we have suffered a little while. I can picture myself with a wing that is broken from past issues or current hurts. In order for Christ to restore, establish, strengthen and support me, he has to make the other side match. What does that mean? Why would He need to break me more to allow me to fly? What does it look like in real life? 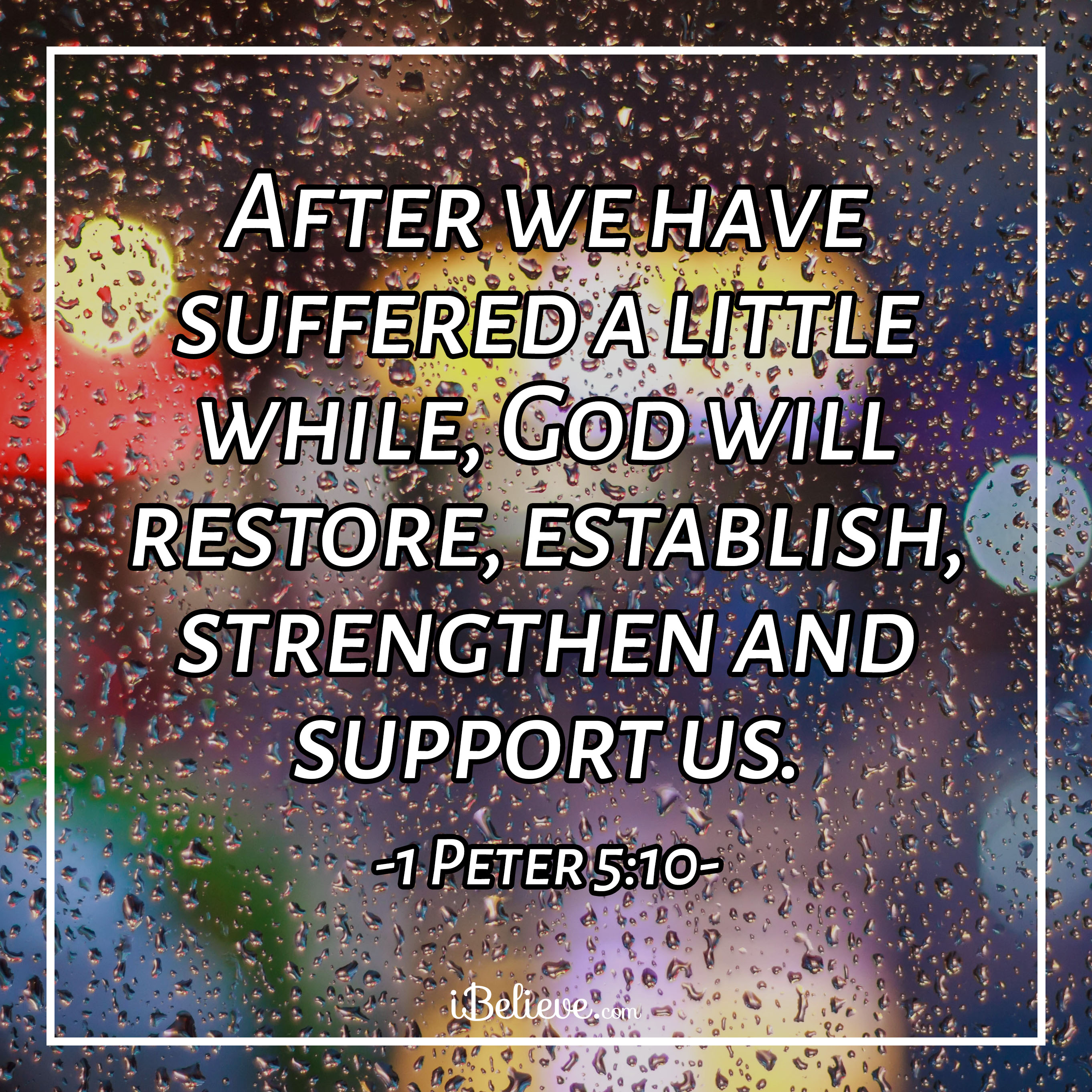 When brokenness is ravaging my life, as it does more often than I’d like to admit, I find that in order to heal, I have to admit. Admission is hard for me. I am the “strong one.”

I am the supporter for most of the people in my life. I am always the one to give sound advice, to support when they are tired and broken, and to uplift when they need encouraging. For me to admit that I am not ok or that I am struggling with my own brokenness is what breaks my other wing and allows room for God to come in and restore, confirm, strengthen and establish me.

How lucky are we that our God doesn’t stop at restoration? Restoration alone would be far more than we deserve and far greater than we need to heal from our brokenness. Yet, He chooses to go beyond the unfathomable restoration we are promised and provide strength, support, and establishment.

When God breaks our unbroken wing to match the wing that has been broken, what He is saying is: My sweet daughter, I will restore you to a former condition by breaking your other wing in order to allow you to fly. In so doing, I will establish truth and validity in your heart which will give you the support and strength you need to fly again. Rise my daughter, RISE.

What brokenness are you fighting back today? What wound can you proclaim out loud, as terrifying as that may seem? What do you need to give to Him?

Lay it down at His feet. Say it out loud. Admit that you are broken. Only then can He come to your side, and delicately fashion your unbroken wing to match your broken wing affording you the freedom to fly. Allow for His restoration to surround you. When you do, you will be given His gratuitous establishment, strength and support as well.

I implore you; let Him allow you to fly again, my friend.

Lindsay Tedder is a believer, wife, mom, bestie and writer who lives in Columbus, Ohio with her bearded, bourbon-loving husband and her too-cool-for-school toddler. She is full of raw honesty, enthusiastic authenticity, amiable compassion, humble grit, powerful passion…and outrageous laughter, double chins, real life, and frothy nectar-of-the-gods coffee…because…coffee. Raised by a hardworking single mom, she overcame such trauma as sexual abuse induced food addiction, the debilitating health issues associated with endometriosis, a decade of infertility, and recurring life themes of worthlessness. Connect with her at www.LindsayTedder.com

Listen to Our FREE New Parenting Podcast! Christian Parent/Crazy World with Catherine Segars is now available on LifeAudio.com. You can listen to the first episode below:

What a privilege to be able to approach the King’s throne, knowing He listens, understands, and cares!