Making the right decision is important, especially when your face is on the line.

As a young, punk teenager, I lost my temper with my mom as we were headed home one day. She was driving, trying to concentrate on the busy California traffic and I was complaining that she wouldn’t let me go hang with some friends, effectively ruining my short teenage life before it began. I was more than angry, so I decided to call her an unkind five letter word you should never say to your mama. It was…a poor decision.

Without taking her eyes off the road, and with a calmness that still scares me today, she threw a quick jab that struck me in the middle of my red, angry face. The blood started to flow, and my mind started to file away this experience under the “do not mess with mom” section.

Before you think of my mom as a horrible person, you should know that she is the kindest, most generous person I know, and that I had it coming. Let me reemphasize the “young, punk teenager” part. Making great decisions, is vitally important in life, especially when more important things than your face are on the line — like your future, your marriage, your career, your kids’ safety, or your overall health.

A good decision is knowing how to avoid making a bad one.

While many things may be out of your control when making a good decision, one of the most important tools at your disposal is learning how to avoid making a bad one. So, with that in mind, let’s look at three of the worst times to make a decision and why.

We’ll take a quick look at three pivotal times in the life of David and learn how making decisions at the wrong time, can have dire consequences.

The good news is, you’re not alone if you’ve made a bad decision in life, and it’s not too late to turn towards making a wise one. Quite possibly the wisest thing you can do, is to avoid making a decision during any of these three times in your life. They’ll all come up often, so learning when not to make a decision early on can save you from making it again later, until it eventually becomes a non-habit.

The three worst times to make decisions are when you’re afraid, angry, and alone.

If there’s a number four, I would say it’s when you're “hangry,” but that doesn’t start with an “a,” so it didn’t make the list. Let’s look at the first one — fear.

1. When you make a decision when you’re afraid, you can’t see anything but hurt.

Early on in King Saul’s life, he had a promising future. God had chosen him above everyone else to be King over His people. He was tall, handsome, and seemed like a visual example of strength, confidence, and natural leadership. But Saul’s heart was not the one God was looking for. Saul disobeyed God at several key points in his life, which led to God eventually picking Saul’s successor — David, son of Jesse.

As David’s fame and popularity rose, Saul grew increasingly fearful of David, leading to some incredibly poor decisions. In three instances in 1 Samuel 18, Saul is said to be afraid of David. If you read the whole chapter, you can see that Saul did everything he could to take David out of the picture. He tried sending David away and sending him off to battle. But as Saul got word of how successful David was, he became jealous because the people and Saul’s army grew to love David instead of Saul.

So, Saul makes another poor decision, he decides to manipulate David using one of his own daughters! Hoping that David would be drunk on love and be distracted enough to be killed by the Philistines in battle, this too backfires. Instead, Saul’s daughter falls in love with David.

Everyone loves David. Which, when you’re jealous, is just the worst.

Time after time Saul makes poor decision after poor decision because he is afraid. And when you’re afraid of something or someone, all you see is the hurt that might happen to you. You might be afraid of losing your job, a relationship, an opportunity, a position, or respect. And a loss of any, or all of these will inflict some personal pain.

Not only that but if you stay in fear long enough:

Fear leads to isolation, and isolation leads to us thinking and acting like everyone is out to get us.

Unchecked fear can not only lead to poor decisions in our life, but it can lead to a paranoid sense that everyone and everything — including God — is against us.

“Do not be afraid” is the most common command in all of scripture. Fear leads to all sorts of poor attitudes, actions and results. It causes us to look inward at what we’ll lose, instead of outward at all that God has given us. 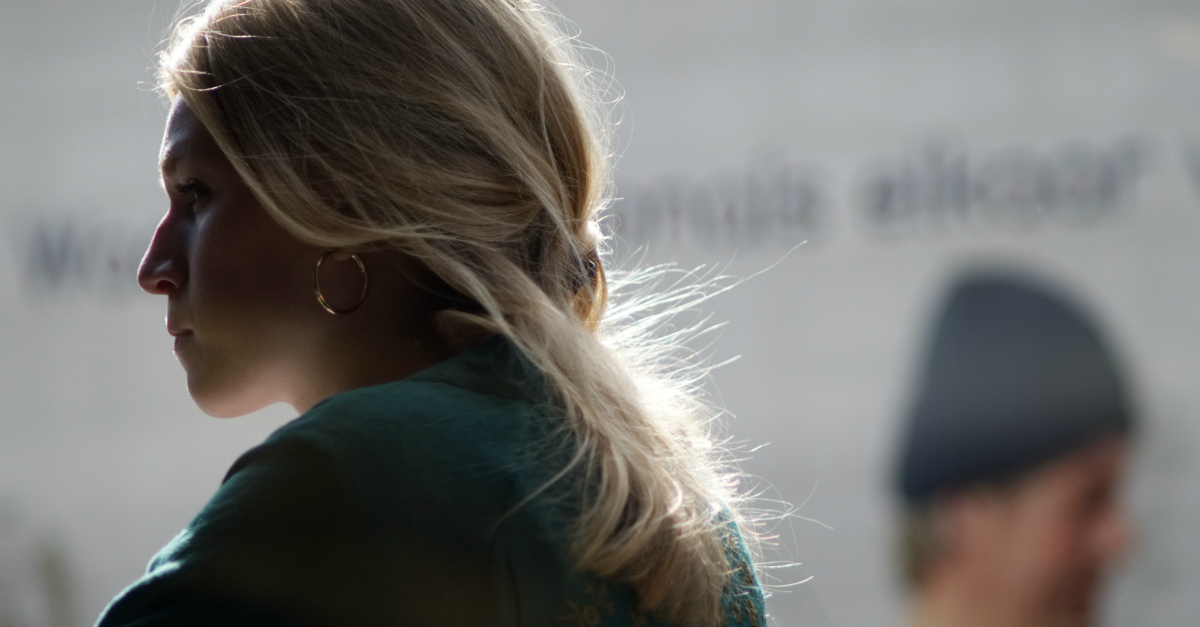 2. When you make a decision when you’re angry, you don’t care who you hurt.

Unfortunately, this wasn’t the only time Saul made a bad decision at a bad time. Just a few chapters later, Saul would almost kill his own son out of anger.

As David’s fame continued to rise, his friendship with Saul’s son Jonathan also flourished. Jonathan knew that David was innocent of Saul’s negative judgment and scheming. Jonathan defended his friend David, the future King of Israel even in the presence of his own father, the current King, Saul.

As Saul’s temper began to fume and become more openly directed at David, David and Jonathan decide it would be best for David to no longer come to the dining table where Saul could have the opportunity to harm him. Having fully lost his temper at one of the meals, Saul unleashes his anger towards his son Jonathan:

“Saul’s anger flared up at Jonathan and he said to him, “You son of a perverse and rebellious woman! … Now send someone to bring [David] to me, for he must die!”

Jonathan replies: “Why should he be put to death? What has he done?” Jonathan asked his father. But Saul hurled his spear at him to kill him. Then Jonathan knew that his father intended to kill David.”

And you think some of your family dinners go wrong. Passive aggression, name-calling, outbursts of anger, or crying. Sure, most families have those — but spear-throwing? That’s a new one

In this part of the story, we learn another unfortunate, but valuable life lesson:

Often the people we direct our anger at first, are the ones we love.

Saul may have been angry at David, but he took that anger out on his own son. Anger, rage, and malicious thoughts cause us to lash out at those that we’re close to, and those who are closest to us in proximity. Quite often these are one and the same people. When we’re angry, the first casualties are the people we love and care about the most. When anger is high, our ability to make a wise decision is low, and the collateral damage can be monumental.

There’s one more killer giant we have to face, and it’s the one that David faced himself, but it’s not Goliath.

3. When you make a decision alone, you don’t think of who it could hurt.

While the first two examples are at the hands of Saul, David himself wasn’t immune to making poor decisions. After David realizes that Saul is out to take his life, he panics and makes a run for it — alone.

David visits a priest named Ahimelek in order to get supplies, tragically drawing him into the feud between David and Saul. Ahimelek asks David:

“Why are you alone? Why is no one with you?”

By this time, David was arguably the most famous man in the kingdom. The killer of the giant Goliath. The victorious leader of Saul’s army. The fearless and handsome boy wonder of the countryside. But here David was, alone. With no entourage or army to be seen. It was…odd.

To make matters worse, a spy for Saul sees David meeting with Ahimelek and assumes that David is gathering allies against Saul. He reports back what he saw to Saul, who is already afraid of, and angry at David. Saul takes no chances and orders the execution of Ahimelek and his entire family. Even though David made a decision alone, his actions had consequences for others.

The third difficult life lesson we’ll learn if we make the mistake of making a decision when we’re alone is: When we make decisions alone, it would be naive to think the consequences will affect us alone.

No decision ever affects just one person. Even the most selfish decisions in the world will inevitably harm someone else, because there is someone out there who loves and cares about them. There are plenty of people who love and care about you too. If and when you make a decision alone, it won’t just affect you alone. There’s a very real possibility that your decisions, if taken alone, will impact everyone around you.

While there aren’t a lot of positive actions you can take away from this story, sometimes the best decision you can make, is to not make a decision in the first place. Sometimes it’s better to just wait, to seek the counsel of cooler, calmer individuals, and to avoid the pitfalls of making a decision during the three worst times in our lives. If you’re afraid, angry, or alone, the best thing you can do is turn to God and people, until your fear turns to hope; your anger into gratitude, and being alone turns into being together with others.

Kile Baker is a former Atheist who didn’t plan on becoming a Christian, let alone a Pastor, who now writes to try and make Christianity simple. Kile recently wrote a study guide to help people “look forward to and long for Heaven”. You can get one on Amazon here. He also writes at www.paperbacktheologian.com. Kile is the grateful husband to the incredibly talented Rachel, Dad to the energetic London and feisty Emma and Co-Lead Pastor at LifePoint Church in Northern Nevada. He single handedly keeps local coffee shops in business.

This content first appeared on Crosswalk.com and is used here with permission. To view the original visit: https://www.crosswalk.com/faith/spiritual-life/what-are-the-3-worst-times-to-make-a-decision.html