Words are singularly the most powerful force accessible to humanity. We have the choice to use this power to build someone up with encouragement or destroy a person with one destructive word. We’ve been reminded ever since we could talk to: Be careful with your words, once they are said, they can only be forgiven, not forgotten.

Proverbs 18:21 reminds us: "Death and life are in the power of the tongue, and those who love it will eat its fruits." As a writer, I’m well aware of how my careless words have pierced my husband’s heart. In fact, the first time I tore my husband down was a moment I’ll never forget. Chris had promised once I finished college we would move from the middle of Nebraska to Florida.

As a woman whose soul is tempered by any body of water, I had big dreams to live by the ocean. When the time came Chris had already established a solid career in the agricultural field and Florida didn’t exactly fit into his career path.

One evening we hashed it out and he said no. Frustrated and filled with sarcasm I said, “Fine, I’ll move down there without you and if you don’t follow, then we can just get a divorce.”

I never saw a man fall as quickly as he did. I didn’t mean it one bit. I didn’t realize how effortlessly I obliterated my husband’s confidence, purpose, and self-respect in one simple, off-handed comment.

Words can inspire and words can destroy your man. Choose yours well. As one vital rule, the word divorce should never be mentioned in a marriage. Now that we have that established, here are five phrases never to be uttered at all costs. 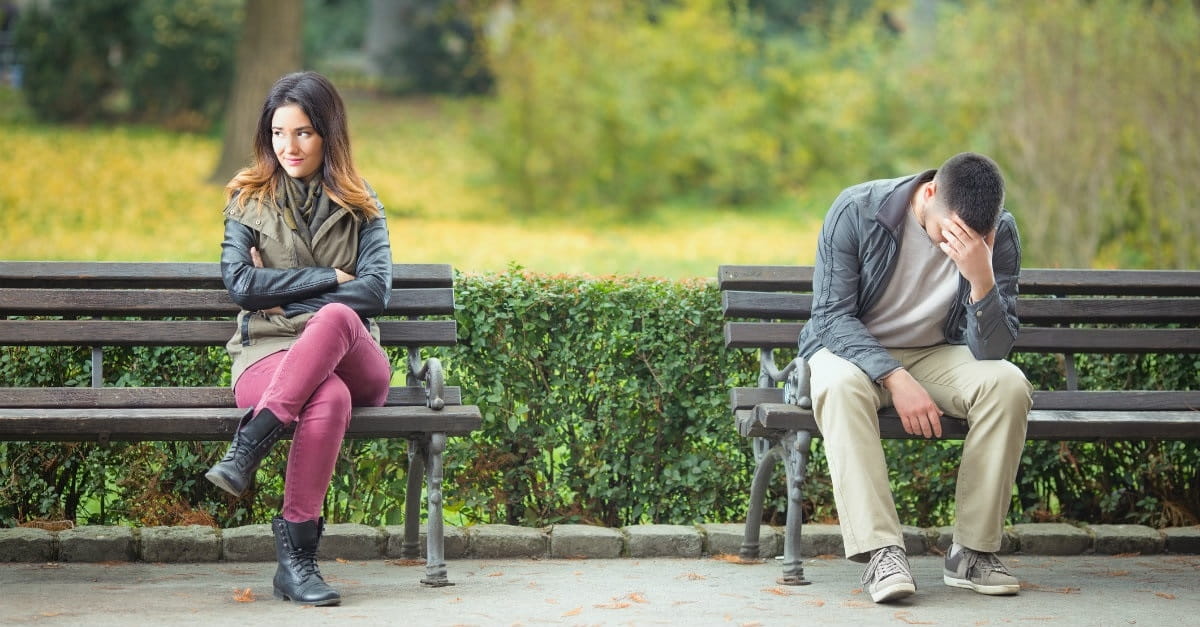 While Chris and I waited for our table, the couple in front of us was intense. The wife was angry, cold, and distant. Her husband whispered something about a business trip when she turned to him and said, “That’s not my problem, that’s your problem.”

The second she uttered those words, bullets flew off her lips and hit the target right in the heart. Her husband’s shoulders sagged in defeat. I turned to my husband and said, “That’s not something to say or hear in a healthy relationship.”

It doesn’t matter what the issue is, if there is a problem in your marriage, you were united to measure it, carry it, tackle it, and resolve it together. Galatians 6:2 reminds us that we are to carry each other’s burdens because when you are united as one, you are in each other’s care.

When words like this are uttered, one may think she is targeting her husband, but the reality is this; she is tearing at her own flesh. Instead, show solidarity to your spouse when situations like this arise. Assigning blame is useless and nonconstructive. It just leads to further disconnection and anger. Instead, always also consider your contribution to the problem.

It doesn’t matter if it’s a business trip, insecurities, or criticism. If there is a problem, it doesn’t belong to one side in the relationship, it’s to be owned and resolved by the both of you.

When you commit to your spouse, you get all the baggage your partner carries from life before you met. It can be a little or a lot. What is your husband’s concern is yours too. That doesn’t mean you get to decide how a problem will be handled, but you will choose what to do together. You heal in relationships as you are wounded in relationships. 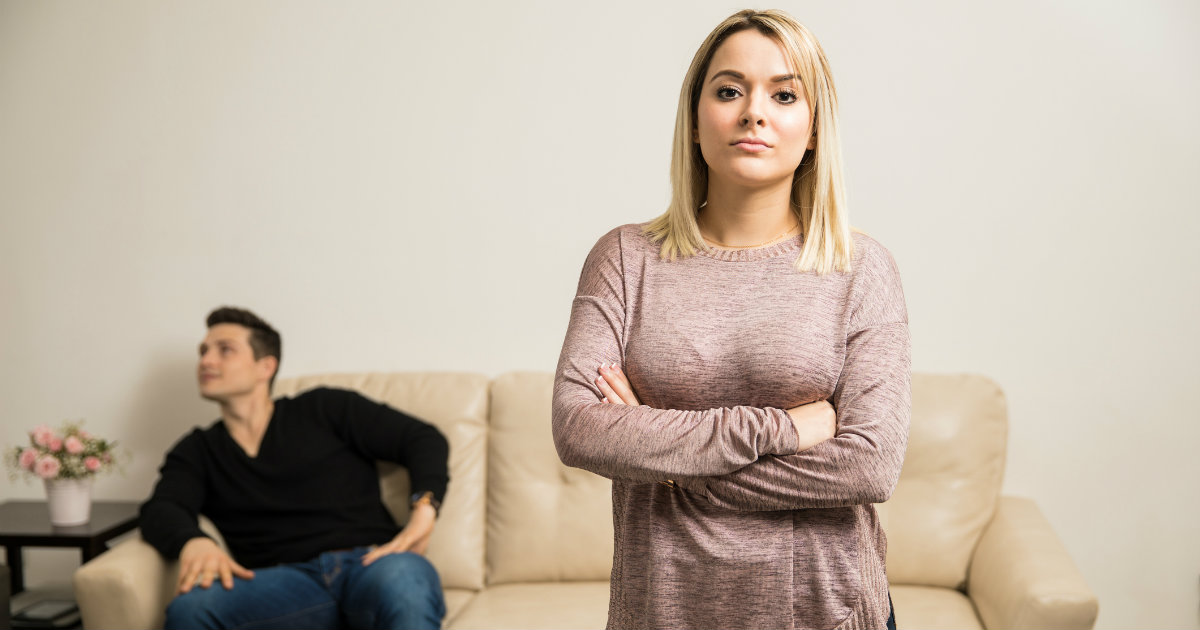 This is a classic example of something you shouldn’t say, pretty much ever. No one likes to be told they’re dumb or feel belittled. When you say it in a joking manner, that’s one thing but when you respond with this comment to something he did or didn’t do, I assure you it’s like attacking his manhood.

When this phrase and similar phrases are uttered, you initiate insecurity, defensiveness, resentment, and anger. You’re cracking the foundation and those cracks go deep and can be hard to repair.

It’s similar to the following phrases:

It’s a terrible phrase because of the implications it carries in the moment. The unspoken message is that you are better than he is or anyone is better and smarter than he is. When you say this to your spouse, you’re telling him that there is something defective and repulsive about him. It is essentially a character assassination.

The Bible is filled with examples of how the tongue has been wielded as a weapon; Proverbs 25:24 paints a picture of what it looks like to live with a wife who says these types of things. “It is better to live in a corner of the roof than in a house shared with a contentious woman.”

He needs you to be his cheerleader. He needs to feel like you believe in him. He needs to know you think he is smart, capable, strong, and worthy of your love. You shouldn’t be his biggest critic; you need to be his biggest fan. Unsupportive phrases will wear on your husband’s self-esteem. 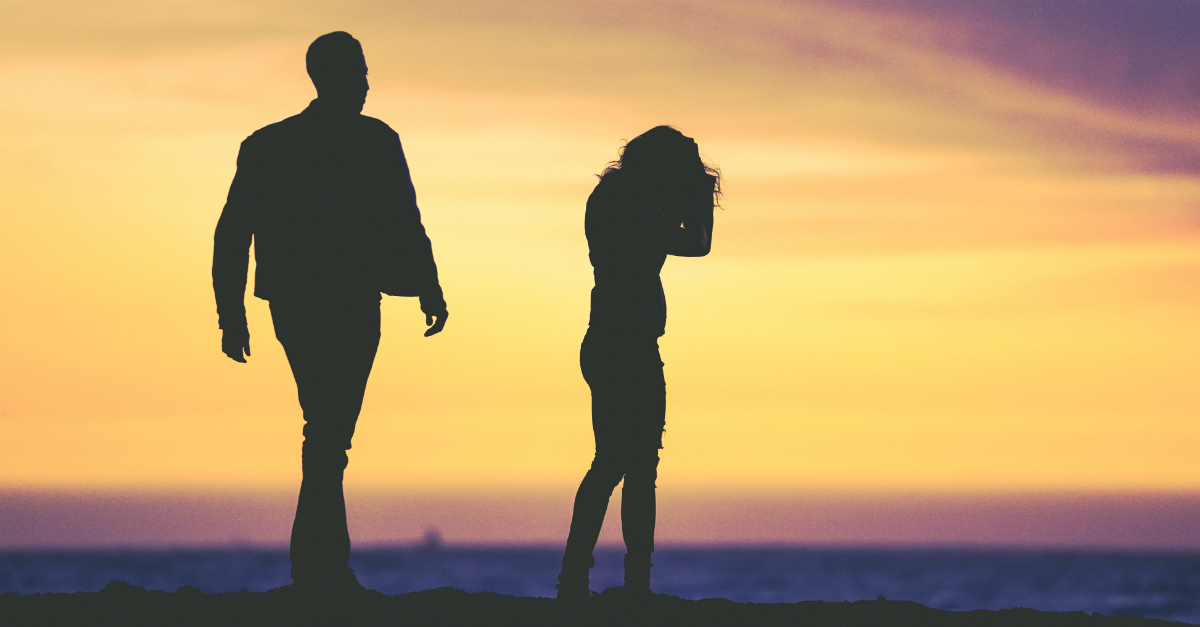 You’re sitting on the couch; the kids are in bed when your husband starts kissing your neck and wraps his body around you. He whispers what he wants to do you when you reply, “Don’t be a pervert.”

This phrase is a detriment to a man’s ego. Some women have grown up in ultra-conservative homes where sex had shameful implications and the desire men have for sex was viewed as perversion. This couldn’t be further from the truth because sex is one of the greatest gifts we’ve been given. The book Song of Songs testifies to the truth of what an amazing gift sex is.

We enter marriage understanding the differences, but we don’t take the time to explore the differences, nor do we seek to understand our husband’s needs. Men feel intimacy through sex while women have sex as a result of feeling intimate. Every time your husband talks about sex, realize he is talking about intimacy.

When you reject sex, it can feel like you are rejecting him. Rejecting sex may seem impersonal and like it’s no big deal to you but it feels very personal to your man. This of course isn’t to say it’s okay at times--you don't not owe him sex. But when it becomes a pattern, it becomes a problem.

God created your man to view sex in a different way than you. There is nothing wrong with the differences and neither view holier than the other. And he isn’t wrong to want to ravish you in the bedroom. If there is one thing husbands want women to understand, it is the importance of sex. 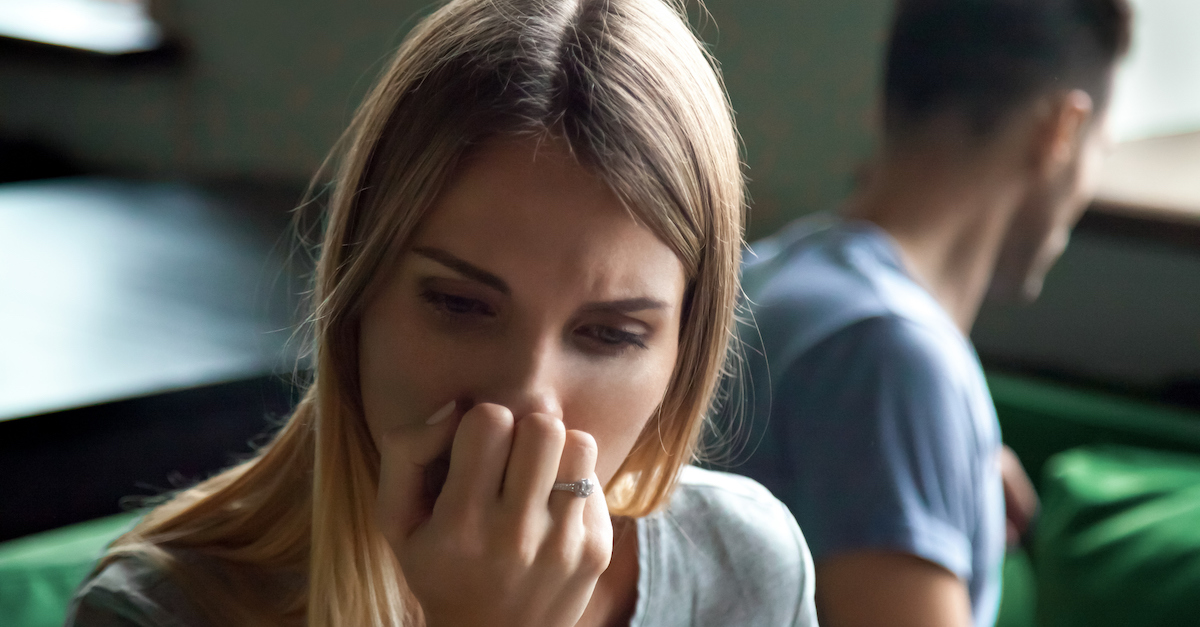 If there’s one single phrase that can put intimacy in the grave, it’s this one: “I’m fine.”

This communicates several things to your man, like he’s an idiot if you can’t figure out why I’m upset, like he should automatically know what’s wrong, that he’s not good enough for you, and that you can’t trust him to be honest.

Don’t say it if it’s not true. Tell him the truth. Own your feelings and frustrations, then clearly communicate to him what’s wrong.

Until you do, don’t expect peace. Don’t expect the situation to be resolved either. No human is a mind-reader!

Research on gender differences have proven that men tend to take words more literally and hear them in general terms. So, when you tell your husband you have a hectic day ahead of you and you ask him to pick up ingredients for dinner on the way home, but he forgets; you may tense up, become cold shouldered as you begin to rummage for boxes of Mac n Cheese.

He then thinks, “What did I do wrong? Why is she overreacting?” With his self-esteem wounded, he retreats. He isn’t sure what the issue is or how to resolve it since you won’t communicate with him. The last thing your husband wants to do with you is fight.

Men view their wives as the person who holds their “Mojo.” It’s the essence of him, his purpose, feelings, and his adventurous spirit. And when you wound him with words, it’s like sticking a pin into his Mojo.

Not only will his feelings be hurt, the problems will remain unsolved and bitterness ensues. Much better to be straight with him from the beginning, and speak the truth in love. 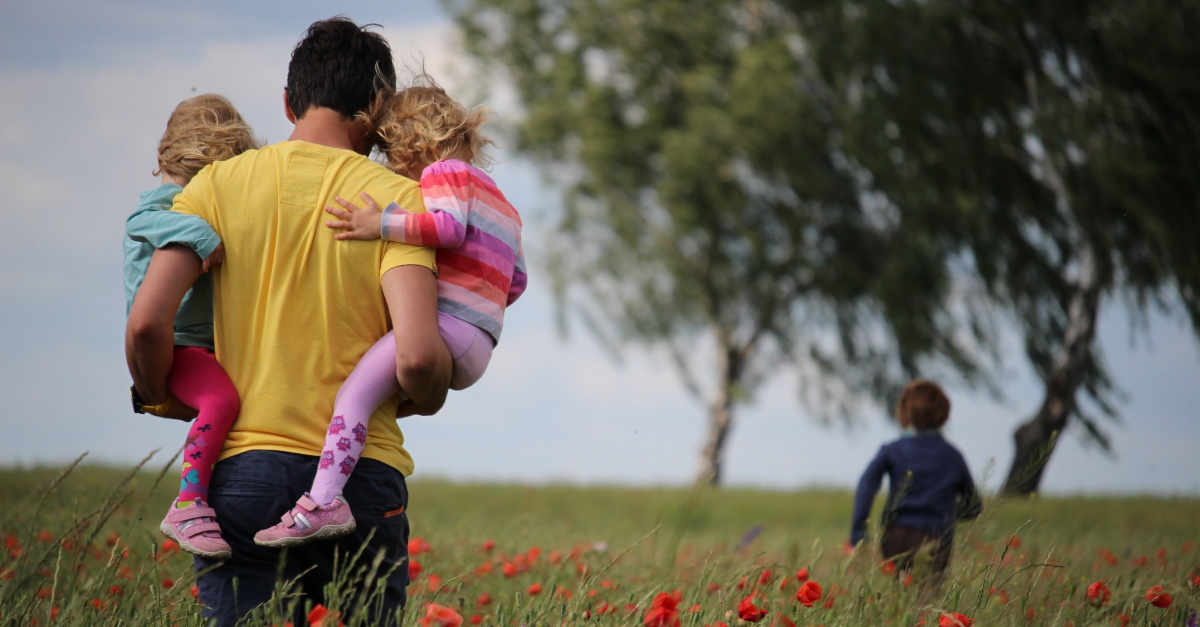 Ladies, this phrase needs to go. It is the 21st century. Your husband didn’t just father your children, he is their dad.

The notion that women are always the primary caregivers and the only ones who know how to properly parent a child is a detriment to your husband’s ego. Parenting is a full-time job for both parents, regardless of who is with the children more.

The majority of dads work outside the home but that doesn’t mean they don’t have a “job” or other responsibilities as a parent.

In other words, fathers don’t say phrases like this in the boardroom: “Oh, I can’t go to the work dinner, I have to babysit tonight.” Calling a dad a babysitter diminishes the role fathers play in the lives of their children.

He is the head of the household, he is the leader, and protector. To say he babysits is demeans, devalues and discredits him.

Often when this phrase is said, it comes with an air of superiority because we think no one can keep our kids alive like we moms can. We’re in a rush to get out the door. We tell our husband that dinner is in the oven. We remind them that the toddler is gifted at choking on everything right now because of his sensitive gag reflex and to watch him carefully as he eats.

We then tell him to make sure the kids are sitting down in the tub at bathtub because you don’t want your kid to slip and fall again. When you finish, you’re exasperated because he’s giving you the “Are you kidding me?” look. To which you reply, “Look I need you to babysit the kids but don’t mess it up.”

Now turn the tables and imagine someone saying it to you. You’re at the grocery store with all of your kids when a friend sees you and says, “Looks like you’re babysitting today!” Of course, you aren’t! Husband may have a different parenting style but we need to respect it.

Heather Riggleman calls Nebraska home (Hey, it’s not for everyone) with her three kids and husband of 20 years. She writes to bring bold truths to marriage, career, mental health, faith, motherhood, celebration and heartache. Heather is a former national award-winning journalist and is the author of Mama Needs a Time Out and Let’s Talk About Prayer. Her work has been featured on Proverbs 31 Ministries, MOPS, Today's Christian Woman and Focus On the Family. You can find her at www.heatherriggleman.com.

This content first appeared on Crosswalk.com and is used here with permission. To view the original visit: https://www.crosswalk.com/family/marriage/5-things-you-should-never-say-to-your-husband.html