How many denominations are there? There are Baptists, Methodists, Episcopalians, Pentecostals, Presbyterians, and Lutherans. Within each of these there are sub-denominations which broke off from their main bodies, mainly due to differences in biblical interpretations and doctrines.

To be sure, denominations are not of God, but at this point, there can be no change. It is unfortunate that things are the way they are, but are denominations the final word on unity? Denominations and splinter groups are all a product of men, and men are flawed—very flawed. But God has one Church, which is built and being built by the Lord Jesus Christ:

“When Jesus came to the region of Caesarea Philippi, he asked his disciples, ‘Who do people say the Son of Man is?’ They replied, ‘Some say John the Baptist; others say Elijah; and still others, Jeremiah or one of the prophets.’ ‘But what about you?’ he asked. ‘Who do you say I am?’ Simon Peter answered, ‘You are the Messiah, the Son of the living God.’ Jesus replied, ‘Blessed are you, Simon son of Jonah, for this was not revealed to you by flesh and blood, but by my Father in heaven. And I tell you that you are Peter, and on this rock I will build my church, and the gates of Hades will not overcome it’” (Matthew 16:13-18).

The church, as it is, in spite of differences, is the most powerful organism in the universe. We are the body of Christ! His church grows and expands through the power of the gospel. But we cannot thrive if we are broken by disunity and petty arguments. Let’s take a look at what the Bible says about unity.

What Is Unity, and What Does It Look Like?

“For I am not ashamed of the gospel, because it is the power of God that brings salvation to everyone who believes: first to the Jew, then to the Gentile” (Romans 1:16).

“For we are co-workers in God’s service; you are God’s field, God’s building. By the grace God has given me, I laid a foundation as a wise builder, and someone else is building on it. But each one should build with care. For no one can lay any foundation other than the one already laid, which is Jesus Christ” (1 Corinthians 3:9-11).

“I will remain in the world no longer, but they are still in the world, and I am coming to you. Holy Father, protect them by the power of your name, the name you gave me, so that they may be one as we are one” (John 17:11).

What Does the Bible Say about Unity?

The Holy Spirit also spoke through the pen of the apostle Paul regarding unity:

“God is faithful, who has called you into fellowship with his Son, Jesus Christ our Lord. I appeal to you, brothers and sisters, in the name of our Lord Jesus Christ, that all of you agree with one another in what you say and that there be no divisions among you, but that you be perfectly united in mind and thought” (1 Corinthians 1:9-10).

“Whatever happens, conduct yourselves in a manner worthy of the gospel of Christ. Then, whether I come and see you or only hear about you in my absence, I will know that you stand firm in the one Spirit, striving together as one for the faith of the gospel” (Philippians 1:27).

And even more simply, is written by David the psalmist:

“Behold, how good and how pleasant it is for brethren to dwell together in unity!” (Psalm 133:1). 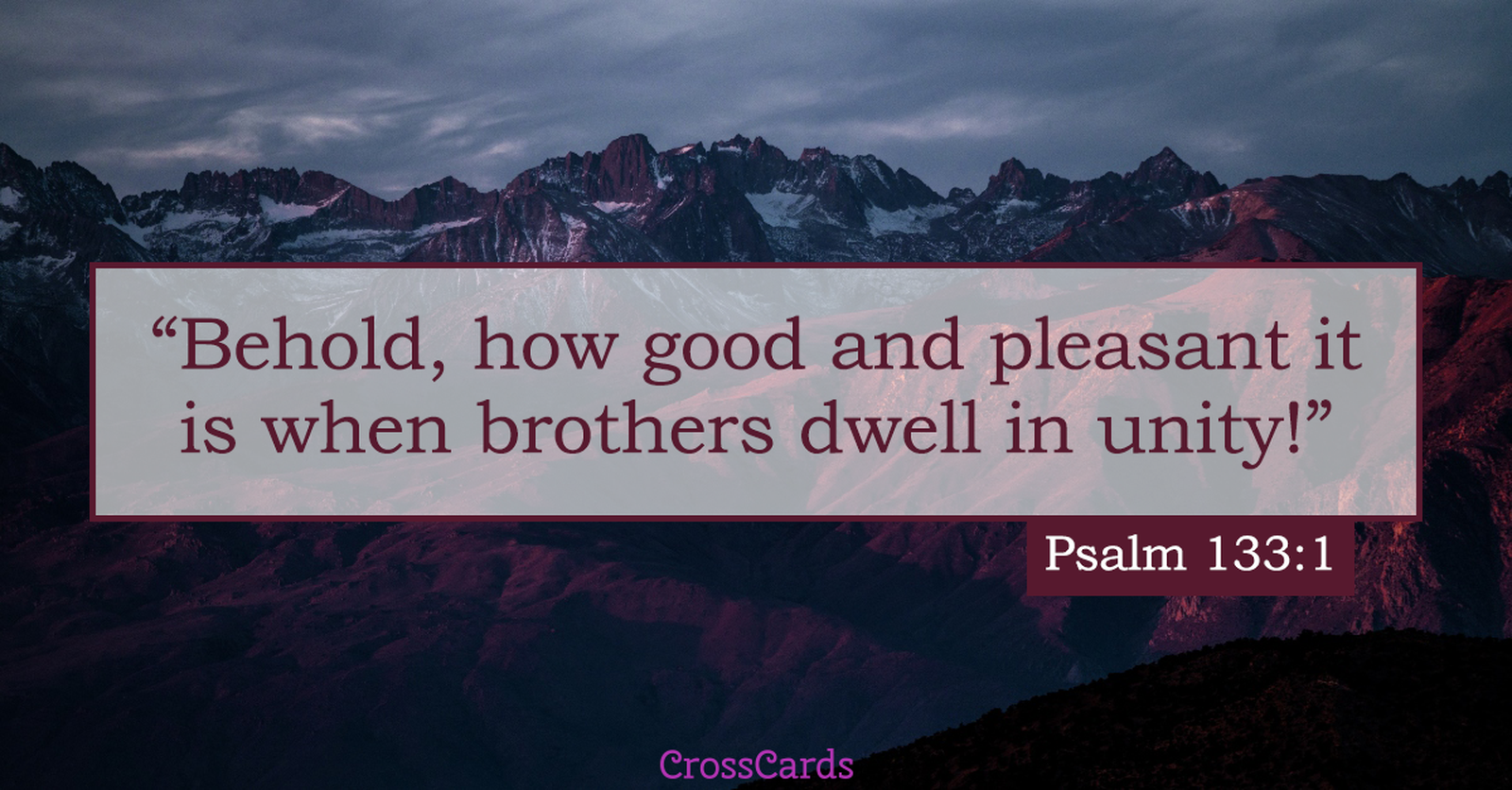 Why Is Unity So Important among Believers?

Unity among the body of Christ is of utmost importance because along with love, it is the means by which we are able to remain in communication with the world. By that I refer to Jesus’ words to His disciples as He taught them:

“By this everyone will know that you are my disciples, if you love one another” (John 13:35).

If the world sees our selfish in-fighting over matters that don’t matter, what kind of a witness is that to the world? If we, the church, are sniping at one another over various social and political issues and doing so over social media, in front of the world, do you think that is a good testimony before the world? Name calling and berating one another in the name of Jesus? The world stands back and gets a hearty laugh, believing that what that have believed all along has been confirmed. Namely, that “those church people” can’t even get along with one another.

“You, my brothers and sisters, were called to be free. But do not use your freedom to indulge the flesh; rather, serve one another humbly in love. For the entire law is fulfilled in keeping this one command: ‘Love your neighbor as yourself.’ If you bite and devour each other, watch out or you will be destroyed by each other” (Galatians 5:13-15).

All of these things serve as distractions from the work at hand, which are the souls of men and women. Eternity is on the line for those outside of the ark of safety. While God’s people bicker and argue, I believe the enemy sits back and watches in twisted glee. Because he is the accuser of the brethren, almost more than anything he would have us be the same way toward one another. Disunity disrupts, disunity corrupts, it and will eventually be the cause of eruptions; eruptions of relationships, and even entire churches.

What Can We Do to Combat Disunity?

The inability to look beyond these types of petty differences stands as another reason why true unity will elude the body of Christ. When Satan sees God’s people on the move, disregarding his every ploy and scheme, there is no doubt that he will stand against us and seek to derail the work of God. But the only way he can do that is to attempt to derail God’s people. If we take our eyes off of Christ, we run the risk of only seeing one another’s faults. As we keep our eyes on Jesus, we will find no fault in Him.

Let’s instead take our differences to the foot of the cross and leave them there. It is at the cross where we will find unity and peace.

“As a prisoner for the Lord, then, I urge you to live a life worthy of the calling you have received. Be completely humble and gentle; be patient, bearing with one another in love. Make every effort to keep the unity of the Spirit through the bond of peace” (Ephesians 4:1-3).

Let the church be the Church. True Christians of the world, unite! 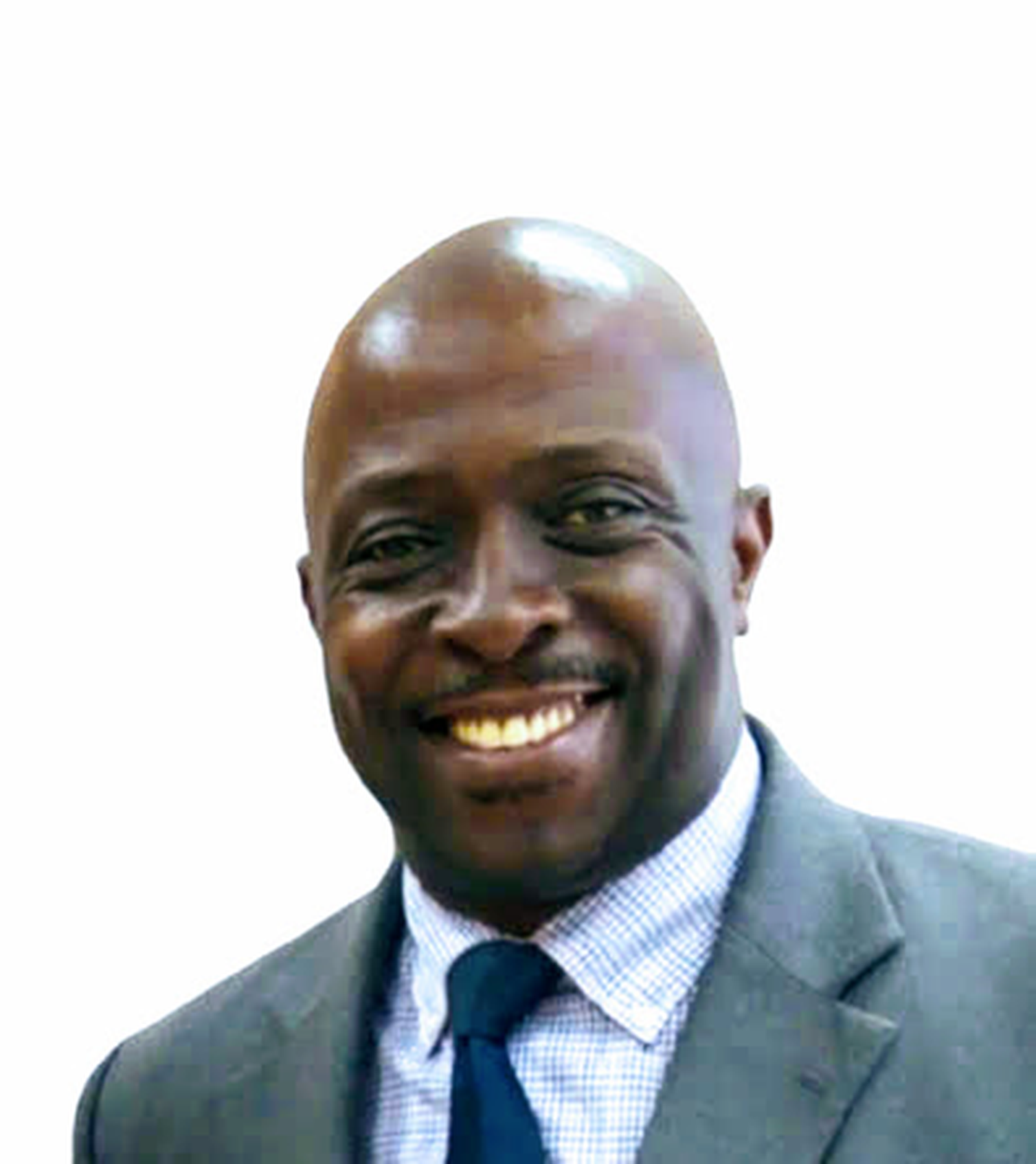 Michael Jakes is an Associate Pastor, Bible teacher, and writer. He is co-founder of That’s The Word! Ministries, a distinctly Cross-centered outreach. He hosts several live weekly podcasts, including "The Bible Speaks Live," and "The Cutting It Right Bible Study." Michael is also the author of two books, The Lights In The Windows, and Churchified Or Sanctified? He and his wife Eddye have been married for over 40 years, and reside in New York. You can follow him on Facebook and Youtube and listen to his podcasts on Spreaker.

This content first appeared on BibleStudyTools.com and is used here with permission. To view the original visit: https://www.biblestudytools.com/bible-study/topical-studies/what-does-the-bible-say-about-unity.html