To many people, the lyrics of the song “The Twelve Days of Christmas” seem strange beyond belief. The odd carol’s words might make one think it is a novelty song, in the vein of “Grandma Got Run Over by a Reindeer” or “My Favorite Things.” Though a host of modern internet sites and some magazine articles have tried to reduce “The Twelve Days of Christmas” to a little more than a silly Christmas carol, most scholars of the Catholic Church deem it a very important surviving example of a time when that denomination used codes to disguise their teachings.

Christian Meaning Behind the 12 Days of Christmas

On the first day of Christmas, my true love gave to me... a partridge in a pear tree.

The partridge in a pear tree represents Jesus, the Son of God, whose birthday we celebrate on the first day of Christmas. Christ is symbolically presented as a mother partridge, the only bird that will die to protect its young.

On the second day of Christmas, my true love gave to me... two turtledoves.

These twin birds represent the Old and New Testaments. So in this gift, the singer finds the complete story of Judeo-Christian faith and God’s plan for the world. The doves are the biblical roadmap that is available to everyone.

On the third day of Christmas, my true love gave to me... three French hens.

These birds represent faith, hope, and love. This gift hearkens back to 1 Corinthians 13, the love chapter written by the apostle Paul.

On the fourth day of Christmas, my true love gave to me... four calling birds.

One of the easiest facets of the song’s code to figure out, these fowl are the four Gospels—Matthew, Mark, Luke, and John.

On the fifth day of Christmas, my true love gave to me... five gold rings.

The gift of the rings represents the first five books of the Old Testament, known as the Torah or the Pentateuch.

On the sixth day of Christmas, my true love gave to me... six geese a-laying.

These lyrics can be traced back to the first story found in the Bible. Each egg is a day in creation, a time when the world was “hatched” or formed by God.

On the seventh day of Christmas my true love gave to me... seven swans a-swimming.

It would take someone quite familiar with the Bible to identify this gift. Hidden in the code are the seven gifts of the Holy Spirit: prophecy, ministry, teaching, exhortation, giving, leading, and compassion. As swans are one of the most beautiful and graceful creatures on earth, they would seem to be a perfect symbol for spiritual gifts.

On the eighth day of Christmas, my true love gave to me... eight maids a-milking.

As Christ came to save even the lowest of the low, this gift represents the ones who would receive his word and accept his grace. Being a milkmaid was about the worst job one could have in England during this period; this code conveyed that Jesus cared as much about servants as he did those of royal blood. The eight who were blessed included the poor in spirit, those who mourn, the meek, those who hunger and thirst for righteousness, the merciful, the pure in heart, the peacemakers, and those who are persecuted for righteousness’ sake.

On the ninth day of Christmas, my true love gave to me... nine ladies dancing.

These nine dancers were really the gifts known as the fruit of the Spirit. The fruits are love, joy, peace, patience, kindness, generosity, faithfulness, gentleness, and self-control.

On the tenth day of Christmas my true love gave to me... ten lords a-leaping.

This is probably the easiest gift to understand. As lords were judges and in charge of the law, this code for the Ten Commandments was fairly straightforward to Catholics.

On the eleventh day of Christmas, my true love gave to me... eleven pipers piping.

This is almost a trick question, as most think of the disciples in terms of a dozen. But when Judas betrayed Jesus and committed suicide, there were only eleven men who carried out the gospel message.

On the twelfth day of Christmas, my true love gave to me... twelve drummers drumming.

The final gift is tied directly to the Catholic Church. The drummers are the twelve points of doctrine in the Apostles’ Creed. “I believe in God, the Father almighty, creator of heaven and earth. I believe in Jesus Christ, his only Son, our Lord. He was conceived by the power of the Holy Spirit and born of the Virgin Mary. He suffered under Pontius Pilate, was crucified, died, and was buried. He descended into hell. On the third day he rose again. He ascended into heaven and is seated at the right hand of the Father. He will come again to judge the living and the dead. I believe in the Holy Spirit, the holy catholic Church, the communion of saints, the forgiveness of sins, the resurrection of the body, and life everlasting.”

Rejoice and give thanks for the birth of Christ with a FREE 25 Days to a Joyful Christmas Prayer Guide!

The Context & History Behind "The 12 Days of Christmas"

Teaching the Catholic faith was outlawed in sixteenth-century England. Those who instructed their children in Catholicism could be drawn and quartered. Thus, the church went underground. To hide the important and illegal elements of their teaching, clerics composed poems that seemed sill to most people. But these verses were veiled works that taught the church’s most important tenets. “The Twelve Days of Christmas” is said to be one of these teaching tools.

Most people today believe that the twelve days of Christmas start on December 12th or 13th and run through Christmas Eve or Christmas Day. But in fact, the first day of Christmas is December 25th and the final day is January 5th. Thus, for hundreds of years the Christmas holidays didn’t begin until Christmas Eve and didn’t end until Epiphany.

For many Christians today, even the recognition of the twelve days of Christmas has been lost . . . for two reasons. The first is that when Epiphany lost out to Christmas as the day of giving gifts, many simply quit celebrating the twelve-day observance. The other reason is based more on the change in the fabric of culture than on overlooking the Christian holiday of Epiphany.

In ancient times, when most societies were rural, few people worked in the dead of winter. It was a time when many were spending long, dark days inside their homes, looking forward to winter’s chill giving way to the spring thaw. So devoting a dozen days to prayer, reflection, and attending church was not a huge undertaking. Yet with the coming of the Industrial Age and the regular year-round work schedules it brought, finding time to continue the activities that had been traditionally associated with the twelve days of Christmas became all but impossible for most people.

So the passing of the twelve-days custom probably had as much to do with “progress” as with anything else. As fewer and fewer churches and families participated in the tradition, it was all but lost. Yet in the obscure poem that was later turned into a popular carol, “The Twelve Days of Christmas” live on. And the twelve days described are actually a wonderful and complete picture of the Christian faith.

The “true love” mentioned in the song is not a sweetheart but the Catholic Church’s code for God. The person who receives the gifts represents anyone who has accepted Christ as the Son of God and as Savior. And each of the gifts portrays an important facet of the story of true faith.

So, just a silly song? On the surface maybe, but in reality, a refreshing reminder of the essential elements of Christian faith. The twelve days of Christmas may no longer be a widely recognized holiday tradition, but the days were an important bridge that connected persecuted believers of the past with the whole story of God’s plan. In the complicated world of today, a trip back to the not-so-distant past when Christians celebrated the twelve days of Christmas would only enhance the meaning of Christmas for everyone. 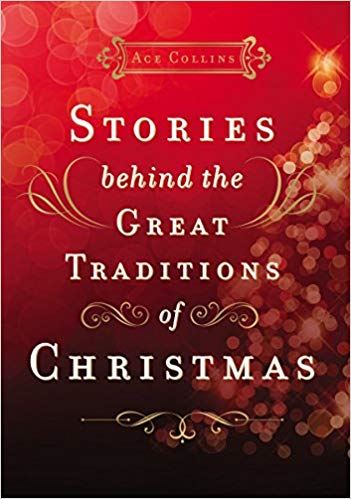 Ace Collins is the writer of more than sixty books, including several bestsellers: Stories behind the Best-Loved Songs of Christmas, Stories behind the Great Traditions of Christmas, The Cathedrals, and Lassie: A Dog’s Life. Based in Arkadelphia, Arkansas, he continues to publish several new titles each year. Ace has appeared on scores of television shows, including CBS This Morning, NBC Nightly News, CNN, Good Morning America, MSNBC, and Entertainment Tonight.

This article is part of our larger Christmas and Advent resource library centered around the events leading up to the birth of Jesus Christ. We hope these articles help you understand the meaning and story behind important Christian holidays and dates and encourage you as you take time to reflect on all that God has done for us through his son Jesus Christ!

This content first appeared on Crosswalk.com and is used here with permission. To view the original visit: https://www.crosswalk.com/special-coverage/christmas-and-advent/the-twelve-days-of-christmas.html