“Then Hilkiah answered and said to Shaphan the secretary, “I have found the Book of the Law in the house of the Lord.” And Hilkiah gave the book to Shaphan” (2 Chronicles 34:15)

It’s hard to imagine a church, body of believers or even an individual Christian who loses interest in God’s Word. How does one set aside such an important book? How does a people lose touch with God like this?

Whenever I read this story about the reign of King Josiah in Judah, found in 2 Chronicles 34, I’m in awe. Josiah became king when he was only eight years old. I have two small children, so that fact in and of itself is enough to make you pause. But, the story gets better.

Both his father (Amon) and his grandfather (Manasseh) did what was evil in the sight of the Lord. But, his great-grandfather Hezekiah was a good king who “did what was right in the eyes of the Lord” (2 Chronicles 29:2). Based on the math, it was about 86 years between Hezekiah’s reign and Josiah’s. In the grand scheme of things, it wasn’t that long. But, it was long enough for an entire nation to fall away from God so far that even the Book of the Law couldn’t be found in the Temple.

Any of us who have started a New Year’s Resolution that never made it out of January understand that it’s way harder to form a new positive habit than it is to break one. Many times, my best intentions are derailed by a missed day here and there that turns into a week or a month.

How did the Book of the Law come to be put aside after the reign of King Hezekiah? It probably started small. A day here and a day there. Like a slow fade, people slowly begin to forget about God’s law. People relied less on His Word, because they didn’t even know what was in it. Before you know it, generations have fallen away and followed their own ways instead of God’s.

It is tempting to solely apply the truths in this account to what we see in the secularization of America, with good reason. But, when I read this passage, I think about myself. I recall those New Year’s resolutions that fall so quickly to their ruin. The exercise schedules that never truly get off the ground. The healthy eating plans sidelined by my love of Chick-fil-a and ice cream.

A healthy relationship with God mandates a healthy appetite for His Word. “How sweet are your words to my taste, sweeter than honey to my mouth!” (Psalm 119: 103). The Bible is God’s main method of communication with His children. We should crave hearing from Him. If we aren’t reading His Word regularly, we run the risk of slowly falling away until we are no better than the Israelites who couldn’t even find the copy of the Book of the Law. They eventually found it buried under piles of ruin the other kings had let become of the Temple. 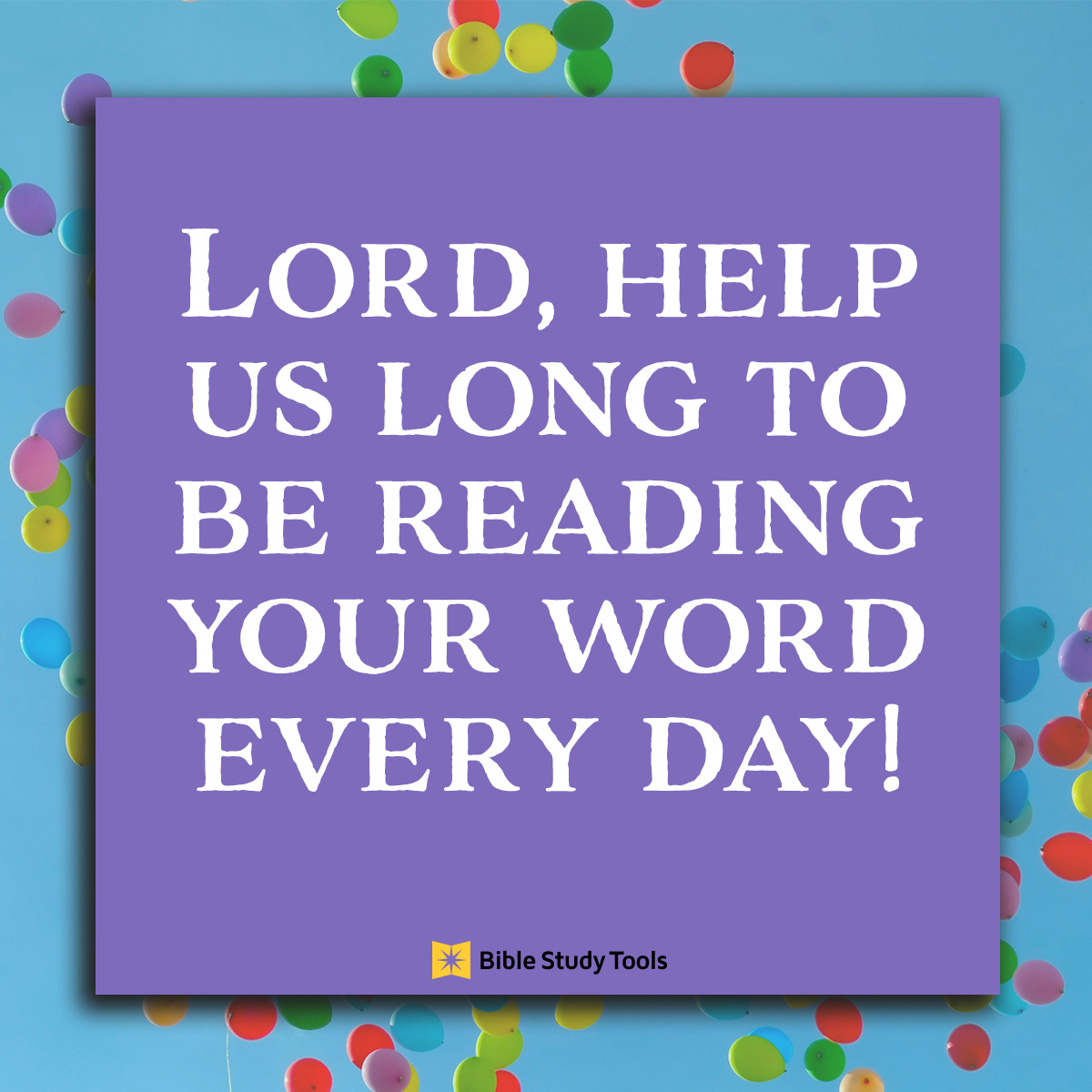 What things in my life – what rubbish – is keeping me from God’s Word?

We need the comfort, direction and rejuvenation that comes from reading God’s Word daily. A dusty Bible is a recipe for a doomed life. A lost Bible is what will lead to a lost soul.

Brent Rinehart is a public relations practitioner and freelance writer. He blogs about the amazing things parenting teaches us about life, work, faith and more at www.apparentstuff.com. You can also follow him on Twitter at @brentrinehart.

Want more Your Daily Bible Verse? We also have a podcast! This podcast features different verses than the written devotional you just read, but carries the same commitment to a closer look at Scripture each day. You can find out more by clicking the link below!